In late January of 2020, three other musicians and I traveled to Bangkok as part of a DC Commission on the Arts and Humanities grant to perform at the Thailand International Jazz Conference (just outside Bangkok) and to give a few concerts in the city. In addition to myself on bass, there was Herb Scott (saxophone), Amy Bormet (piano), and Will Stephens (drums). We were accompanied by my now-wife Arianna and Will’s wife Trina and their young son Ayaan.

This trip was a special one, and it would come to seem all the more special in retrospect as 2020 became the year we know it as. I had never been to southeast Asia before, and the journey to Thailand included the longest flight I’ve ever been on. Bangkok is a city like no other I’ve ever visited, an exquisitely crowded, hot, and intense place, defined in equal measure by its Buddhist temples and its opulent shopping malls, its palaces and its night life, its cosmopolitain glamour and its pollution and poverty. It’s also home to an ever more vibrant jazz culture, both in terms of university-level jazz education (such as at Mahidol University, where the conference and festival were held) and a local performance scene.

Bringing music to eager audiences in a strange new place was a thrilling experience, one my companions and I were tremendously lucky to have had when we did—at almost the last possible moment before the Covid-19 pandemic hit. For me, the trip now seems like a final, culminating adventure in that bygone world people now refer to as “The Before Times.” I often think of it as a “last hurrah” in my pre-Covid life and career, and so I titled this piece “Last Hurrah, in Bangkok.”

The only instrument in the recording is double bass, and I use it in several ways. In addition to a melody first played pizzicato and later arco, I added percussive parts by tapping on the side of the instrument and by bouncing the bow on a muted string. There is also a smattering of other sounds that are both ornaments to the melodic material and timbral points of interest in their own right. In writing it all, I was inspired, on the one hand, by the speed and complexity of Bangkok, by its tangle of highways, rivers (of water or of vehicles), labyrinthine markets, and constant teeming activity, and on the other, by the languor its tropical heat tends, at a certain point in the afternoon, to induce (while the activity continues all the same). This dual impression of the city forms the basis for, respectively, the bulk of the piece (which is fast), and the ending (which is slow). The complex melody weaves through mixed time signatures and intense syncopation, kind of like our van navigating the chaotic urban maze, amidst the many sounds and smells of the city, on the way to our gigs. The piece also includes a “lament”-style bass pattern (meaning a line that descends from the tonic, especially in a minor key, often used to connote sadness). In thinking back on the Bangkok trip, I’m also reminded of the sorrow that awaited the world, and this context of oncoming sorrow is intertwined with the alternately frenetic and languid feeling of being in the city.

I’ll conclude by saying that I believe the DC-Bangkok exchange is an illuminating, exciting, and needed cultural-artistic endeavor that I hope will continue. It offers musicians in both places a wonderful opportunity for learning and growth, and as I hope “Last Hurrah, In Bangkok” demonstrates, it left a lasting musical impression on me.

Arriving in Bangkok late into the night, or rather very very early in the morning there is not
much to see or distinguish on the ride from the airport into the city. This is especially true with a mental
state fogged by almost 24 hours of travel with little to no substantive sleep. The coming of morning
however revealed the location and surroundings of our residence for the week. Though morning is
perhaps a generous descriptor since in reality sleep was necessary until well past noon local time.

A walk out of the door, down the alley, and onto Sukhumvit 39. The path that led to the main
drag of our part of town. The sleek buildings along Sukhumvit Road created a canyon filled with wide
streets and narrow sidewalks. A towering two-level elevated train system and pedestrian walkway
streaming down the center of the canyon cast a welcoming shadow in the bright tropical sun. This
everyday trek off to the scheduled and improvised adventures always set the proper tone and ambiance
required for a long days journey.

By the time the sun sets and the sky darkens, the lights of the city come alive and cast a calming
glow on the streets and thoroughfares. Bustling people move through the cooling air in the markets,
restaurants, and clubs. Along the smooth waters of the Chao Phraya the international language wafts
above the commotion. Even half way around the world the music of jazz brings people together. It is
instantly recognizable that we are all students of the same masters.

And late into the night it is time to make the journey down that increasingly familiar and
reassuring path. Through town, down Sukhumvit, onto Sukhumvit 39 and towards our humble alley and
abode.

The Mahidol Faculty jazz ensemble closed out their visit to DC with a performance at the Kennedy Center’s Millennium Stage as the last event of Jazz Appreciation Month, and on International Jazz Day (April 30, 2019).

Thanks to all who came out, especially all the attendees from the staff of the Thai embassy!

In an official proclamation, DC Mayor Muriel Bowser today formally greeted and thanked the Mahidol Faculty ensemble for traveling to DC to share their talents and artistry!

The proclamation document is available here. The full text reads as follows:

As Mayor of Washington, DC, I am pleased to extend greetings to the Mahidol University Faculty Jazz Ensemble.

Jazz is more than music — it is a universal art form and today, you are hosting your performance at the John F. Kennedy Center for the Performing Arts. These talented musicians will showcase their skills for all to enjoy, celebrate, and learn about jazz and its impact. I want to thank you for raising the awareness and reinforcing international relationships through this art form.

The nation’s capital is a wonderful place to visit and while you were here, I hope you enjoyed the diversity and amenities our great city has to offer.

On behalf of all the residents of Washington, DC, you have my best wishes for an enjoyable, memorable event. 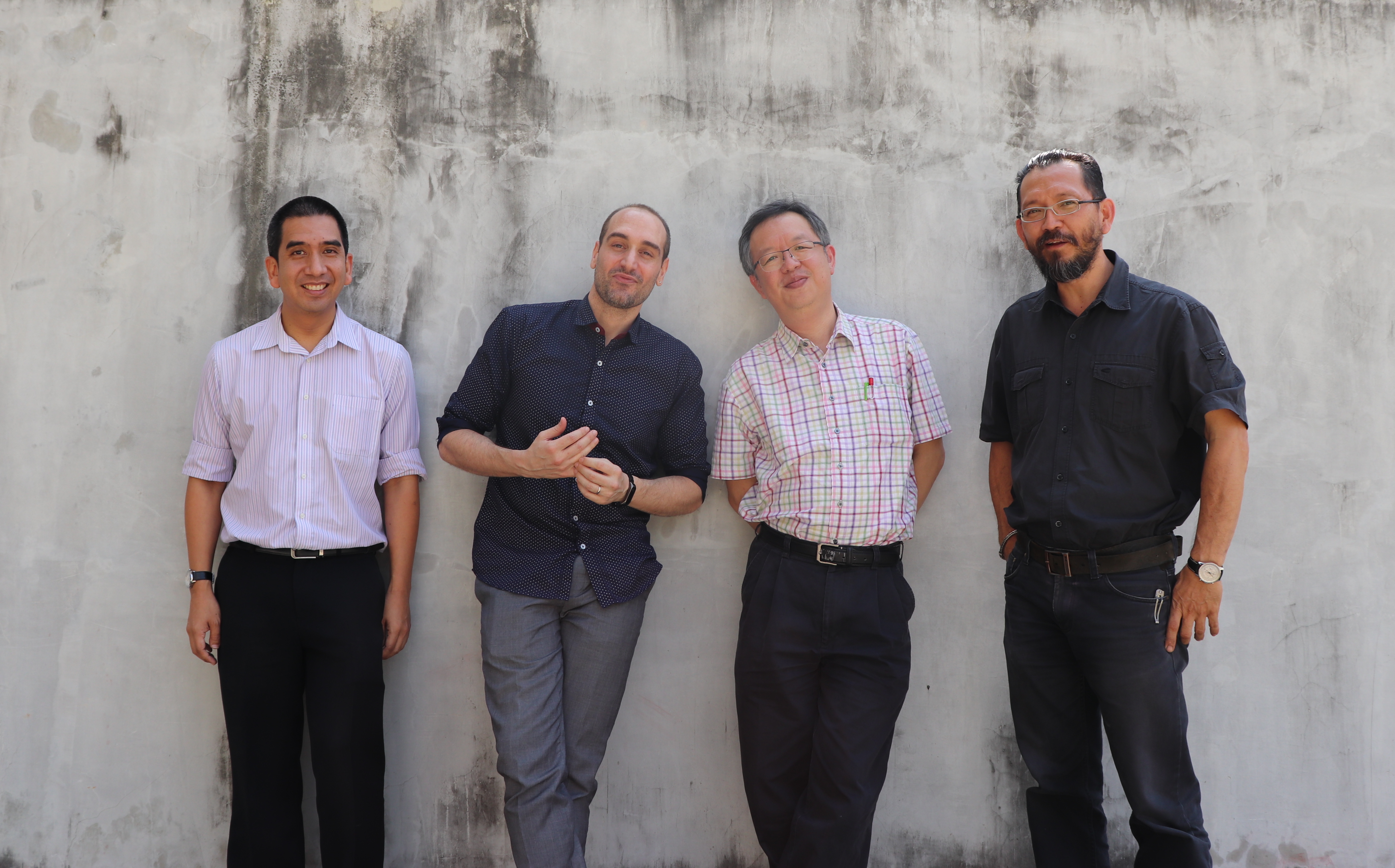 In January 2019, we were hosted by the prestigious Mahidol University College of Music in Bangkok during their 11th annual Thailand International Jazz Festival, part of our week-long stint in Bangkok for the “Sister Cities” jazz exchange project, funded by the DC Commission on the Arts & Humanities.  This week is the second half of the “Sister Cities” jazz exchange project: a quartet of jazz faculty from Mahidol will be visiting DC all week.  Please come out to support the project and welcome our very special guests from Bangkok!

Thanks for coming to our site!  We will be sharing more information about the DC Jazz Collective and our January 2019 trip to Bangkok, Thailand here.  We will also be posting about the visit to DC from our Mahidol University (Bangkok) College of Music friends in April 2019.  Come back to read more!